The first 19-inch G025 that debuted in 2019 was named after the G series and the 0 series. G025 is the emotional form of the G series and features the weightless holes characteristic of the 0 series and 5-mm thin spokes that are impossible to achieve with conventional technologies.They are the epitome of professionally forged wheels. In 2020, we introduced special DB/C (Dark Blue/DC) when we put 20-inch wheels on the market. The praise that we then received for an amazing aspect unique to the G025 is fresh in our memory—some spokes appeared light blue, while some other spokes and holes sections appeared dark blue, and still other spokes appeared to be nearly black.In 2021, upon the debut of our 18-inch applications, we introduce the limited model BR/C. BR/C stands for Bordeaux red and clear. Unlike the dark color of the previous model G025DB/C, BR/C expresses a high spirit that reminds us of the color of young Bordeaux wine.

For the G025 wheels that draw great attention thanks to their exquisite form, we adopted red, which has thus far been used as an effect color on vehicles. G025BR/C is a graceful wine red that differs from the red brake calipers and lines. G025BR/C has been finished to look mature while simultaneously offering a glimpse of its true youthfulness. 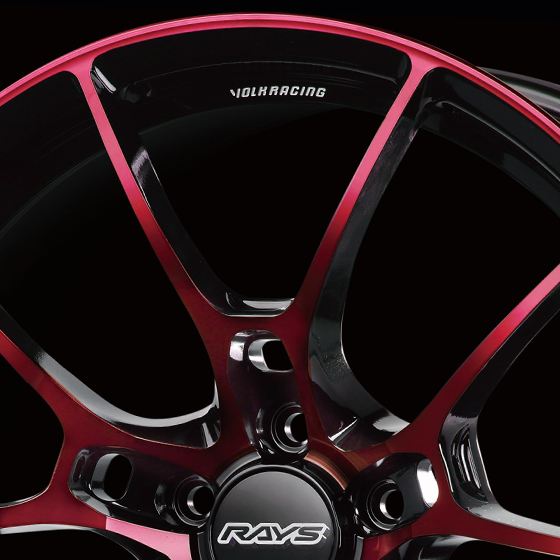 The characteristic weightless holes provided in the center section show that the G025 is a model in the 0 series, which started with the TE037. Needless to say, the G025’s design is functional beauty achieved by cutting padding through the use of holes calculated by utilizing the latest in structural analysis technologies. 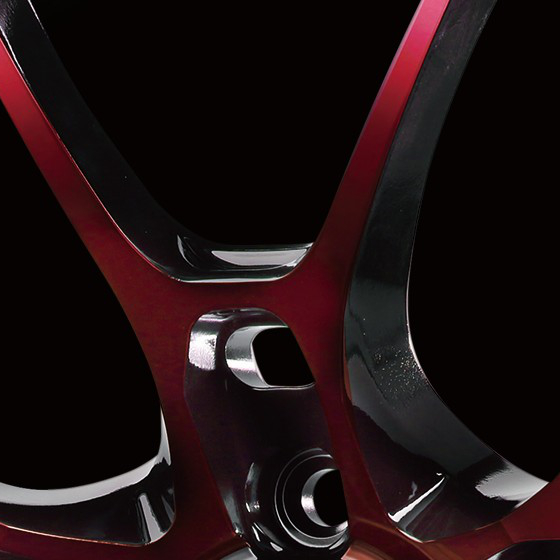 The product logo was machined in a first attempt for VOLK RACING. We employed Advanced Machining Technology (A.M.T.) to inscribe the logo in the well section in thin letters. 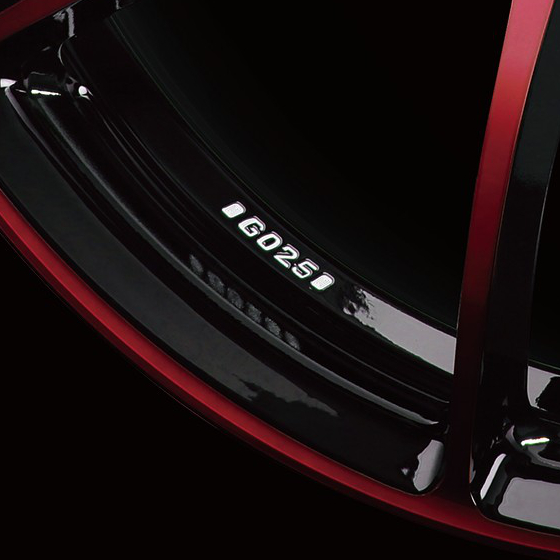