57CR and 57DR has been supported not only in D1GP and FORMULA DRIFT but also in various race scenes. This time, 57XR joins the royal “R” series as the third model. 57XR is structured by 2×6 slender spokes which design is authentic, while the machining logo on the spoke side creates an accent by painting to make it an embossed logo. And, the unique design of the spokes over the rim flange has been adopted. There are no exceptions on performance. The knurling finish has also been applied for all sizes to reduce tire slippage to the wheel. In addition, for 18inch 9 1/2J and 10 1/2J, the EH2+ Hump has been employed to minimize the risk of bead dropping, which is an adverse effect of lower tire pressure in drifting. 57XR debuts for one of the appropriate “R” series by its performance and design.

The machining logo put on the spoke side by RAYS patented technology A.M.T. makes an accent by painting after engraving to create an embossed logo. The design of this model has been refined by engraving the logo on the spoke side, which is usually unable to be realized by the casting process and expresses the uniqueness casually. 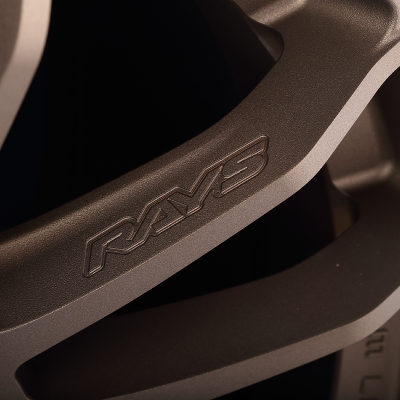 The stretched spokes toward the rim flange provides dynamism and spokes look even longer. The three-dimensional effect has also been made by the spoke layover on the rim flange. 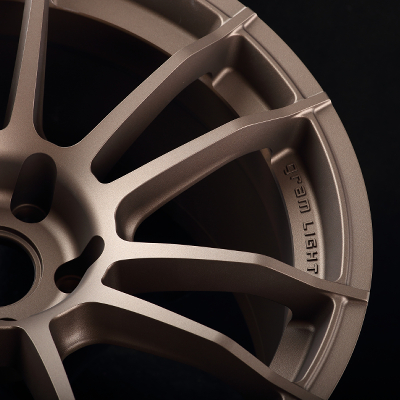 The knurling finish on the bead seat resists slippage between the tire and wheel, minimizing the loss of traction and change in balance of tire when bigger traction occurs. 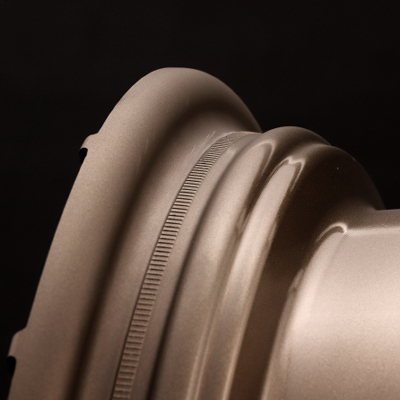 In recent drift competitions, tire pressure has been set lower in order to take advantage of traction. To minimize the risk of bead dropping, which is an adverse effect of lower tire pressure, this model employs the EH2+, a hump shape used for wheels with run flat tires.
※Only available for 9 1/2J and 10 1/2J. 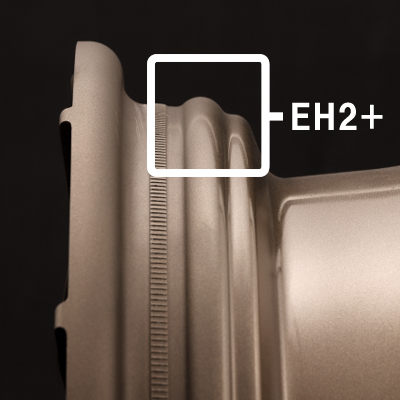